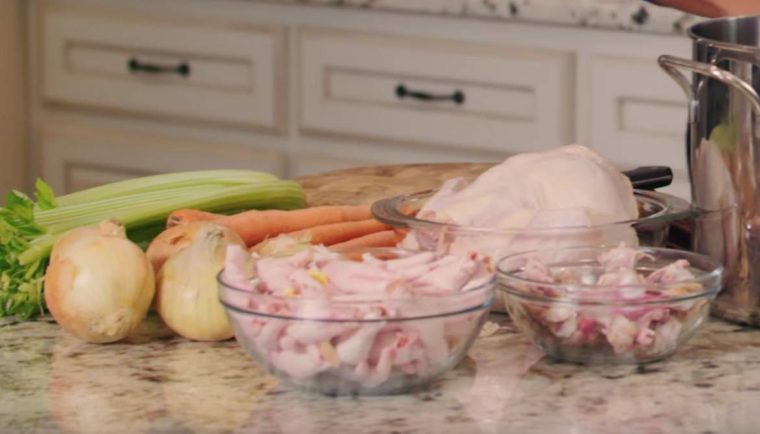 Over a year ago, Connie Moore, my friend and acupuncturist, told me about a documentary series on cancer by Ty Bollinger, called the “The Truth About Cancer: A Global Quest.” 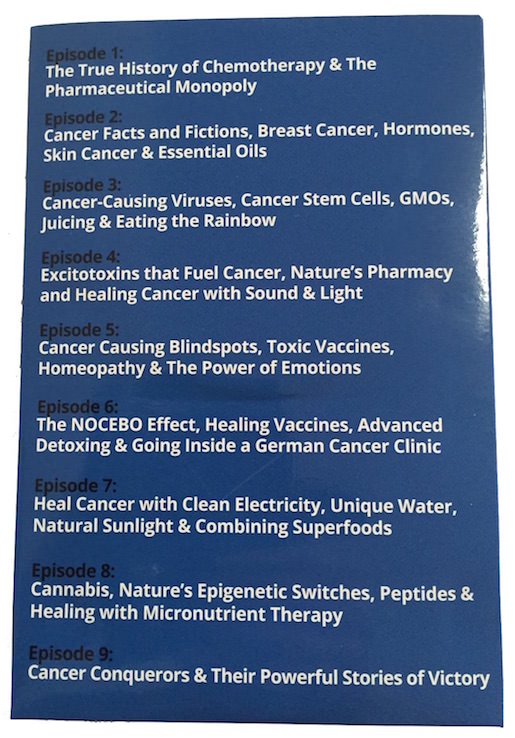 She lent me her set of nine DVDs, and I was hooked. I haven’t binge watched anything like that since “Game of Thrones” or “Breaking Bad.” I’m always interested in alternative and holistic medicine, which is why my main doctors are Ayurvedic practitioners.

While watching the DVDs, I was taking so many notes that I finally gave up so I could focus better on the content. After my two-day “Truth About Cancer-A-Thon,” I purchased the set of DVDs for $147.

My good friend had just been diagnosed with stage 4 colon cancer and I gave him the DVDs. The set also comes with transcripts of the entire series, and I gave those to my other dear friend who had just been diagnosed with esophageal cancer. I told everyone I knew about the “The Truth About Cancer” documentary, but the DVD series is expensive and who has nine hours to watch them? If you go to Youtube you can watch the first episode for free: “The Quest For the Cures – Episode 1.”

Fast forward a couple months later, and one day during a session with Connie, I got a whiff of the soup she was making. After inquiring, she told me that she was making BONE BROTH.

I knew about the benefits of bone broth from “The Truth About Cancer” DVDs, and what a magical cure-all elixir it is, as well as how beneficial it is for muscles, gut, skin, joints and detoxing. Connie started drinking bone broth every day a couple of years ago, but she stopped because of the time and labor involved. She noticed a definite change in her body during her break, and went back to making and drinking it daily.

Bone broth benefits sounded fabulous, but after Connie’s verbal tutorial of how to make it…my mind went into rebel mode at the first instruction, “go to Whole Foods and ask for organic, nonhormone, chicken or beef bones.”

I tried to tune back in, but after the words crock pot, vinegar, herbs and simmer….I was OUT!

Connie lent me her book called Nourishing Broth by Sally Fallon Morell: “It is a definitive cookbook that can help you treat symptoms of autoimmune disorders, infectious diseases, digestive problems and other chronic ailments.” If you decide you want to make your own broth, this book is very educational and has great bone broth recipes.

A couple more months went by, and I got an email from “The Truth About Cancer.” It was titled, “The Ancient Healing ‘Elixir’” and claimed to boost health (and is ideal for cancer patients!)

Read: The Ancient Healing “Elixir” that Boosts Health (and is Ideal for Cancer Patients!)

I did not have time to read the article as I was going to a friend’s house to do some energy work on him. While we were talking, I mentioned bone broth. My friend and I both had dogs that were under the amazing care of Dr. Ihor Basko. My friend told me that Dr. Basko had his Rottweilers on bone broth for many years.

Hmm…when something is mentioned three times to me, it’s usually a sign that the Universe really wants me to pay attention. I went home that day and thoroughly read the article. Talk about a strong message…at the bottom of the article, in highlighted bold blue, there was a fabulous link…

Clicking on the link, I was led to a page by Epigenetic Labs. They offer the bone broth in POWDER form!!! Well, look at that…Hallelujah! 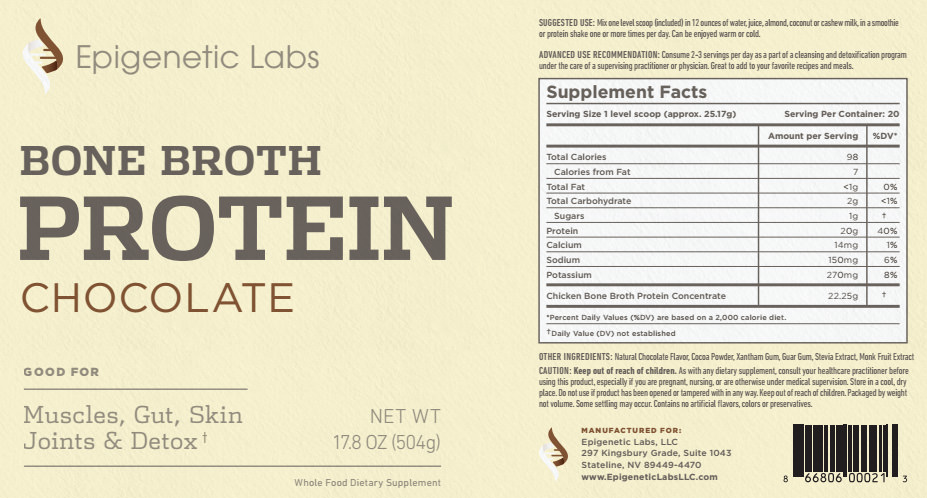 From the Epigenetic Labs site:

Bone Broth has been around since the very beginning… and for good reason.

You gotta give it to our ancestors, they really had their stuff together. Archeologists have discovered evidence of man using hot rocks to crush and cook the bones of the animals they hunted for food.

This is the earliest indication we have that the nutrients contained in the bones themselves are crucial to our body’s overall health and well being. With the advent of modern cooking, bone broths became staples in kitchens around the world.

From beef to lamb to chicken, every culture around the globe has some variation on a bone broth used not only in every day cooking, but also as a medicinal elixir to help heal sickness.

This is exactly why we’re so quick to make some chicken soup when we have a cold! It’s not an old wives’ tale, it’s a proven healing liquid handed down over many centuries. Chicken bones in particular have some interesting properties…

Of course, store bought “chicken soup” sure doesn’t cut it when it comes to actual healing. You have to make the real deal. As with any other bone broth, chicken bones should be simmered for hours to pull out all the amazing nutrients, proteins, and amino acids hiding inside. (And they should come from healthy, naturally raised chickens!)

Epigenetics offers three flavors: Pure (unflavored), Vanilla and Chocolate. I ordered one tub of chocolate bone broth for $49 + $4.95 shipping. It took over three weeks to come. My husband Eric and I both added a scoop of 25.17 grams of chocolate bone broth to our morning smoothies, and the taste was good—no trace of beef, lamb or chicken.

I ordered six containers the next time at $39 each with free shipping. You can also order three to five containers at $44 each.

I did a little research and GNC online sells bone broth by Ancient Nutrition for $44.95 or if you are a member, $37.99 + shipping (Hawaii’s local GNC does not carry bone broth).

I did find Ancient Nutrition bone broth at Vim & Vigor for $49.99 at Ala Moana Shopping Center. 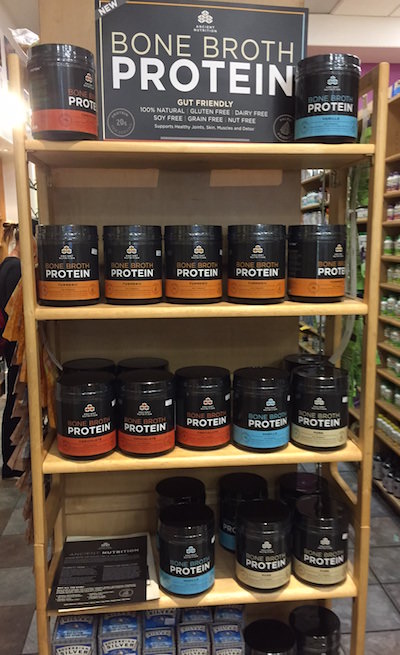 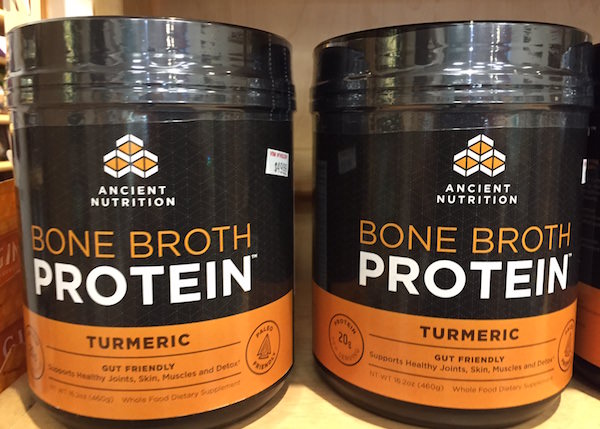 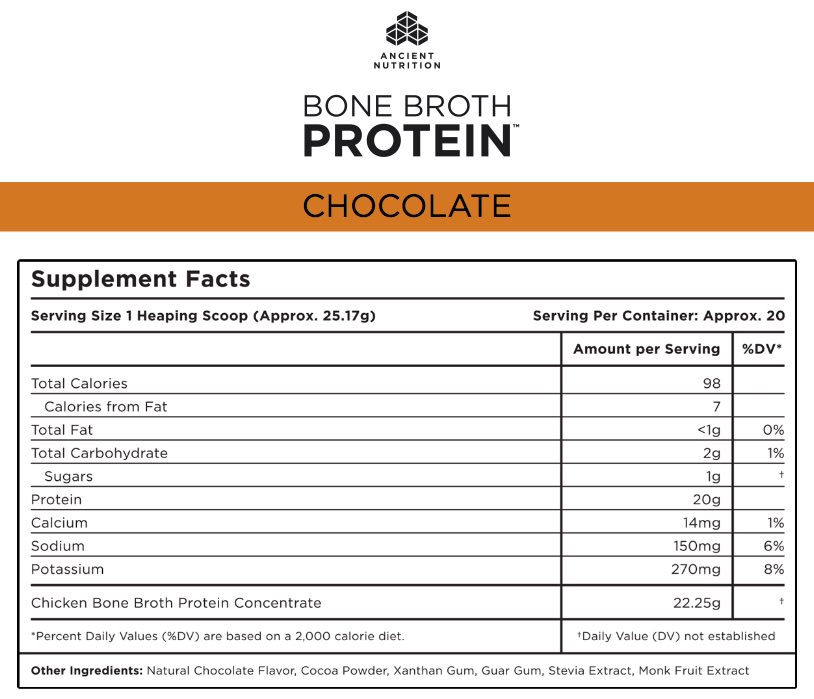 When comparing Ancient Nutrition to Epigenetics, they seem have the exact same supplements. One scoop of bone broth powder is equivalent to 2.5 cups of liquid chicken bone broth with 20 grams of protein, 14 mg of calcium, 150 mg of sodium, 270 mg of potassium and 22.25 g of chicken bone broth protein concentrate.

Go to Ancient Nutrition’s website to see the co-founders Jordan Rubin and Dr. Josh Axe’s tutorial video on the wonders of bone broth. 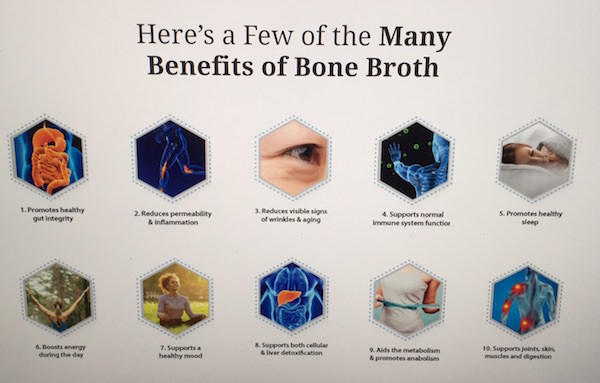 I also found bone broth in a liquid form by Pressery at Whole Foods for $6.99 in the fresh juice section. 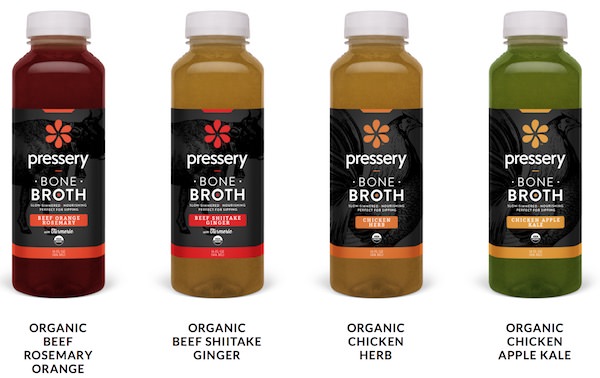 Last month during my monthly hydrafacial with Yuko, I mentioned I was taking bone broth. Yuko had just read an article on bone broth and was making it herself. She  calculated the costs and it’s approximately $40 to make three days worth of bone broth at 2-1/2 cups a day. She emailed me her favorite recipe below:

Strain and store in a glass container.

It becomes a jello-like consistency in the fridge so you can just scoop out what you want and heat in a saucepan. 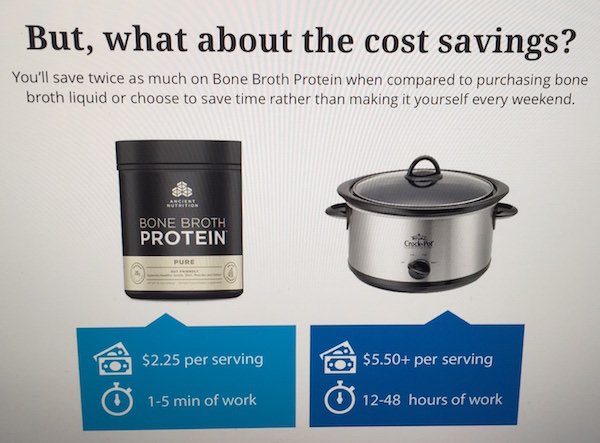 I have been taking bone broth for about six weeks now. Do I see any difference?

Normally, I don’t have any ailments or complaints, so I haven’t seen any big changes in my health. However, I do have to say, I think it’s making a difference.

A couple of weekends ago, I helped my friend over the course of 48 hours to set up her garage sale, load up and move four truckloads of boxes to her new place and clean her house. I have not physically worked that hard since my days of off-loading our 20′ foot containers of goods from the Philippines for our stores.

The following Monday, I had no pain, and made it to my 8AM sculpt class.

Previous Post You are cordially invited to go past your limits. …

Next Post God is love—I dare say.But what a mischievou…