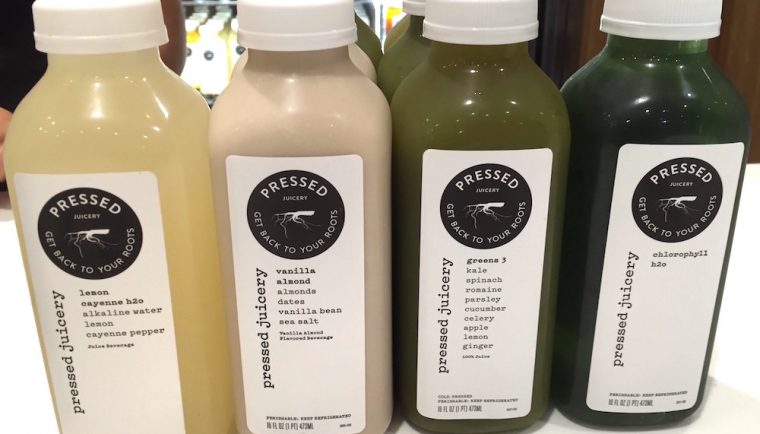 Be sure to read my earlier post about juicing—this is an update to that one!

While traveling to CA, Toronto and NYC for over three weeks, I went a little vacay cray cray and indulged in a lot of “bad” foods; i.e., desserts, gluten, dairy, french fries and pizza. I did manage to eat several times at my favorite Plant restaurant celebrating each meal with fabulous dark chocolate ginger cookies. 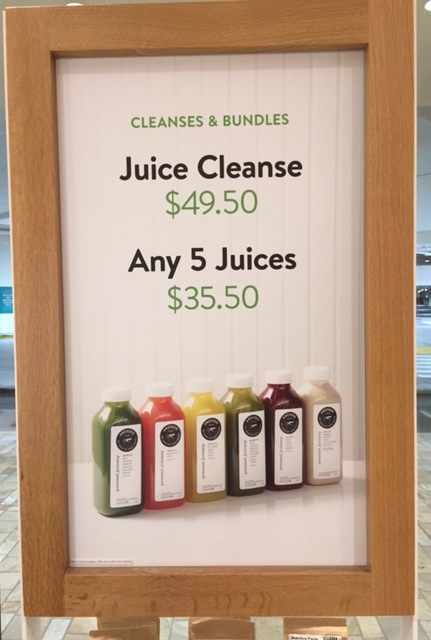 I called Pressed Juicery to see if they had opened, and was so happy to hear they opened June 12th. I flew in on June 28, and on July 1, I headed to Ala Moana.

I was very disappointed to see their daily juice cleanse is $9.50 more than in CA, but it’s Hawaii and everything is more expensive due to shipping.

I inquired if the juices were being pressed on the islands and was informed they were shipped in from Santa Monica daily.

I started with a three-day cleanse that I tweaked a little from their standard formula.

For each day I ordered:

Instead of the aloe vera water, included in the daily juice cleanse package, I wanted the lemon cayenne water. The aloe vera and chlorophyll water are supposed to aide in digestion and raise alkaline levels.

Without the special daily juice cleanse price of $49.50, the juices would have cost $55 per day.

I never drink four green drinks in a day, so I purchased two more vanilla almond shakes and planned for a four-day cleanse.

My cleanse was heavenly, and my body and digestive system were thrilled by their internal respite.

Being the compulsive overachiever that I am, I decided to extend my cleanse to seven days. I went back down to PJ but only purchased nine greens and six vanilla almond shakes.

I also had master cleanse packets, chlorophyll and aloe vera juice at home. It is much more economical to make your own. My last three-day juicing budget added up to $40.50 per day.

Pressed Juicery also offers a package of five juices (four juices and one signature drink) for $35.50.

Don’t forget to read my earlier post about juicing too. This is an update to that one!