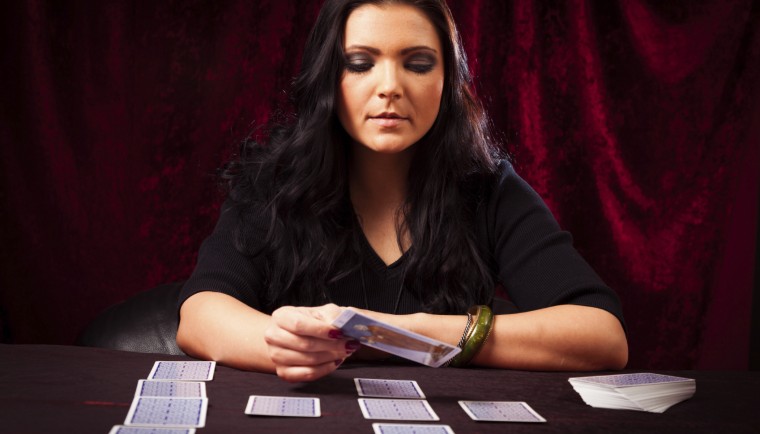 Spirit always calls me in the wee morning hours. It must be because I have been unplugged, non-resistant and my third eye is burning a midnight candle with a “now open for business” beacon soliciting messages and guidance.

This morning’s delivery at 4:30a was a gentle yet relentless prodding to get up and  review my blogs on my Sacred Journey website. In reviewing them, I realized the last entry was 11 months ago. Wow! my life has been moving pretty quickly but it seems like the dial has been cranked up to warp speed.

During the past 2 months, I have felt a bubbling percolation to co-create a new project and the little poking became quite an urgent jab most recently. Looking back— the progression of guided messages—were succinct and well plotted by the universe for me to receive.

It all started one late afternoon in October when unwittingly… the seeking had begun…. The day before, Ani mentioned that her friend Jacqueline had run into a tarot card reader in Waikiki. My immediate response was, “we gotta check her out.” Jackie told us that the tarot card reader was located in the front of the Marriot Hotel so the next afternoon, we headed down to Waikiki in search of the reader. The hotel has several frontages, so as Ani circled the block, I searched for the tarot card lady. As soon as we turned the corner onto Kalakaua, I spied amongst the crowded sidewalk a woman standing wearing a black sunhat, black laced tube top, long flowing skirt and black lace gloves—I knew it had to be her.

Thank goddess our parking angels were with us and we found parking right around the corner. The tarot card lady had set up a beach mat right along the wall that separated Kalakaua Avenue from the sidewalk. She was in the process of reading a young woman, so Ani and I stood a respective distance away. Another young woman was standing there as well and she informed us that she and her friend were visiting from New York and her friend was the one that had really wanted a reading— she was still unsure whether she was going to get one.

After 10 minutes the reading was completed and the friend turned and motioned a thumbs up to the young woman we were standing next to. She then came over and shared with us that the tarot card reader was accurate and insightful.

When it was my turn for my reading, I plopped my butt down onto the flimsy beach mat, trained my focus onto the reader’s face and tried to block out the droves of tourist walking by. The woman looked to be in her late 60’s and quite weathered —she had the look of someone who has lived an interesting yet possibly challenging life. As she looked at my cards, she launched into a narrative of how psychic I am— especially clairaudient. I have a deep, higher intelligence and I have a great spiritual mission to help other people find their spirituality. She did not say anything that I had not already heard or anything that was specifically unique to me. However, there was one thing she mentioned that made me think she might be the real McCoy and that was my father, whose name started with a “R” and not on this physical plane, was watching over me. She was correct—my dad’s name is Rudy and he did pass away several years ago.

Ani really loved her reading and the reader did say some very accurate personal things to her as well. After our readings, we talked to the tarot card lady for awhile and she told us her life story. It was a pretty crazy tale—when I got home I googled her name and some of the information—I was unable to corroborate a single fact.

Two weeks later I was listening to Theo (a group entity made up of the 12 archangels) guided meditation manifesting CD. My heart began to pound rigorously as a vision of me taking several celebrities to see the oracles in India—struck me like a lightning bolt.  I was so compelled by the vision—I booked an appointment to have a one on one reading with Theo. As Theo announced their presence— with the usual greeting “This is the beginning is it not?”—I got chicken skin. I asked Theo a long list of questions I had carefully prepared and in response—Theo cleared up any doubts, gifted me with a renewed focus and inspiration in pursuing my highest visions. Theo instilled and reinforced I can accomplish anything, that I am global and already know my purpose here is to share spirituality with the world.

Three weeks later, Ani and I are shopping on Abbott Kinney street in Santa Monica and we find ourselves in a store called the Bohemian Exchange. As we are chatting with the owner of the store, I inquired if she knew of any good tarot card readers. Smiling brightly, she informed us that she was a tarot card reader but could not read us that day because she was working. In seeing our disappointment, she suggested we check out Madame Pamita at Madame Pamita Parlour of Wonders. Heck with a name like that – how could we not go? We went directly to the Parlour of Wonders and struck out again. Madame Pamita was not in for the day but we booked 15 minute appointments for 2 days later.

Madame Pamita was quite “normal” looking with a sweet, nurturing energy. She led us to the back room of her store and Ani went first. Ani let Madame Pamita know that she wanted her reading to focus on relationships and business/career. Ani’s reading was extremely accurate and informative.

I wanted an overall reading, so Madame Pamita suggested the celtic cross. My 10 card’s messages were: Swift movement, authentic truth expressed, visioning my future into being, hearty rebellion and independence, one chapter closing and a new one opening, growth and stability, activating powerful teams to build something beautiful, a loving presence who walks by my side with protection and and seeks adventure, swift success with clarity and communication. The last card was the star card— representing divine inspiration, spiritual change and sharing enlightenment.

I was moved and inspired by my reading and it became an impetus to revisit my life purpose and visions for it.  At dinner that night—Ani and I discussed our readings and what we envisioned for our futures. I shared my dreams to manifest a Sacred Journey show documenting celebrities and the oracles in India.

Two weeks later—back at home and relaxing after our total body conditioning class—Rupali pulled out of her bag the Love Cards book by David Camp. The weekend prior Rupali met a guy while we were working out and she wanted to check out the compatibility of a possible love connection. I had not played with that book in years. I was so fired up that as soon as I got home—I  dug out my David Camp’s “Destiny Cards” book and quickly charted my destiny for the year march 2011 – march 2012. I was totally blown away by the uncanny accuracy of the chart. In a nutshell—it was all about change and new projects..

Staring at my destiny chart, the seeker in me activated into full-drive. I booked an appointment with Andrea, my favorite psychic in the whole world, for the following week. Immediately after White Torch gave us his blessings, my first two guides to arrive on the table were my creative guide “Sparkle” and my blueprint guide “Centaur.” The table was jumping as they practically screamed to me about moving ahead with projects. They kept showing Andrea visions of me interviewing people. I asked Sparkle and Centaur about my project to film celebrities on sacred journeys— presenting how they interacted, reacted and their overall transformation.

The guides revealed the project will manifest but they suggested the first project, that was in my highest purpose for the moment, was to create a documentary on celebrities and their spirituality. They informed my 3rd eye was wide open and my higher self was furiously calling me forward. I was told not to worry over how the project would manifest—that I would attract the right people to help me. At the very end of the session, the last guide to come onto the table was my master teacher—Gandhi. Andrea and I always have to giggle when he comes, because it really does seem so far out. Gandhi’s  message was, “I am so much more than my creative projects and my profound spiritual nature of uplifting and bringing love to others is commendable.” Gandhi then stated, “we will bring you the highest beings to work with you from the physical and non-physical and we are greatly honored to work with you.”

The seed has been planted for “Sacred Journey…Quests for Spirit”  and the idea for this  documentary on celebrities and their spirituality resonated very strongly with me. I am not going to worry over the logistics of who, how and when…I plan to do exactly what my main mission in life is to ALWAYS strive for and that is to – LIVE IN JOY! I firmly believe with every fiber in my being that if I live in Joy – I am aligned with my higher self, my true spirit and ALL WILL COME! Plus I have Gandhiji as co-producer…how can it not be an amazing new journey!

Previous Post Music is the mediator between the spiritual and th…

One comment on “Messages from the Universe Provide Crystal Clarity”